“I am the vine, you are the branches; he who abides in Me and I in him, he bears much fruit, for apart from Me you can do nothing. If anyone does not abide in Me, he is thrown away as a branch and dries up; and they gather them, and cast them into the fire and they are burned.” John 15:5-6 (NASB) 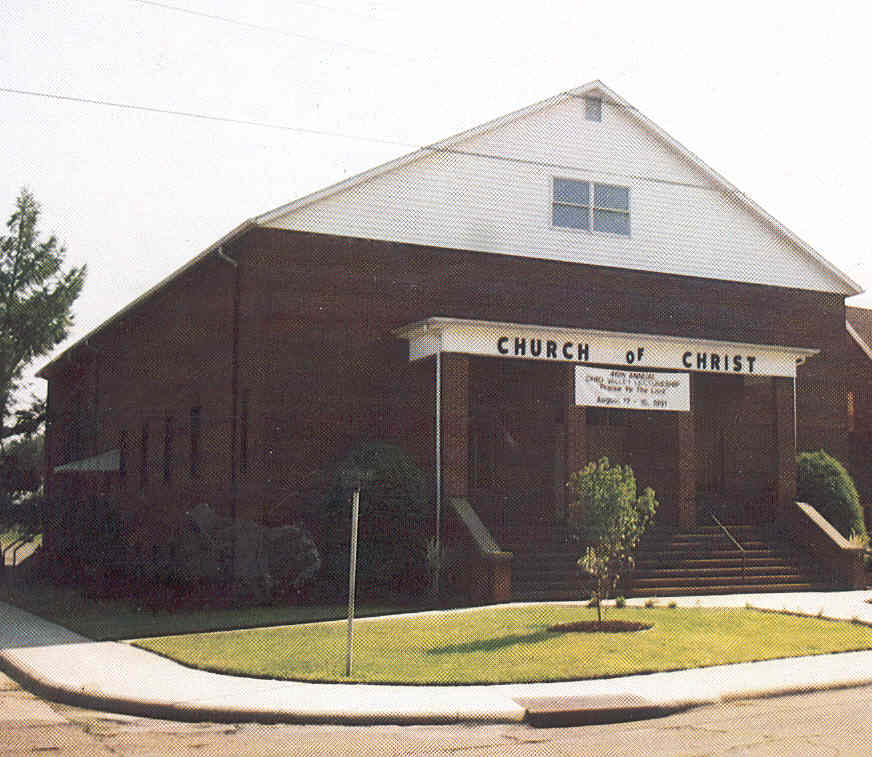 The North End Church of Christ originated in the summer of 1944, having begun from the Lynn Street Church. On Sunday, September 8, 1944, about 75 members met to worship for the first time in a house they had purchased and remodeled on the corner of 32nd Street and Central Avenue. The first baptism was brother, Dale Dotson, now of the Lubeck Church of Christ, who was baptized on that first Sunday. Their first full time preacher was brother F. S. Harper, who worked with them from 1946 to 1949. The first elders were Fred Morlan, A. M. Cooper, and Jess Cooper.

In 1952, the congregation constructed a new meetinghouse on the corner of West Virginia Avenue and Willard Street. In 1959, the building was expanded and remodeled to accommodate the growing congregation. Since that time, the building has undergone two major renovations, including a gabled roof and provisions for future expansions. The present building will seat approximately 475 with 20 rooms for classes, offices, library and nursery.

At the present time, five elders oversee the work at North End: Mark Berry, Bob Cameron, David Hamm, Randy Meredith and Harvey West. The congregation has thirteen deacons, which serve in various capacities in the work of the church.

The congregation has served the spiritual and benevolent needs of Parkersburg for over seventy years, as well as many foreign mission areas. Our aim is to be an even greater influence in the cause of Christ in the future.